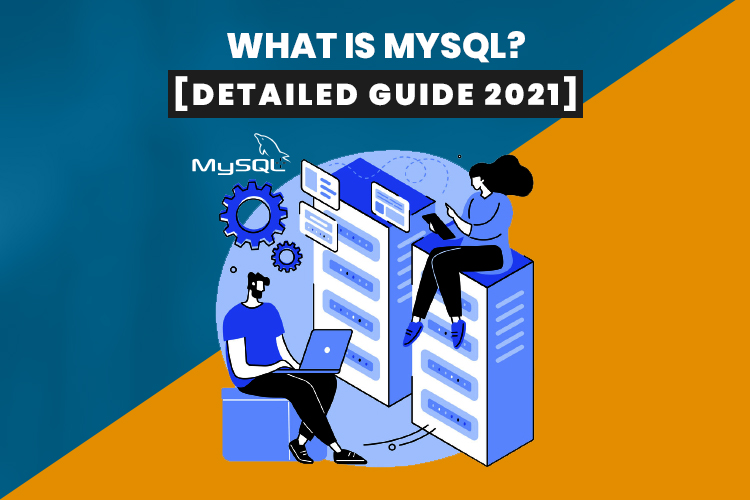 Databases are special software that allows us to save the data we need to store and provide easy access with an efficient reporting system. In this article, I will discuss MySQL, one of the most popular databases today. MySQL is an Oracle-powered, open-source RDBMS (Relational Database Management System) based on SQL (Structured Query Language).

It runs on almost all major platforms, including Linux, UNIX, macOS, and Windows. Although it can be used in various applications, it is mainly used in web applications and other data-driven software.

MySQL is an essential component of the open-source enterprise solution called LAMP. LAMP (Linux, Apache, MySQL, and PHP) is a web development platform that uses Linux as the operating system, Apache as the web server, MySQL as the relational database management system, and PHP, Perl, or Python as the object-oriented scripting language.

It is initially designed by the Swedish company MySQL AB; MySQL was acquired by Sun Microsystems in 2008, after which Oracle acquired Sun in 2010. Developers can use MySQL under the GNU General Public License (GPL), but businesses must purchase a commercial license from Oracle.

Nowadays, MySQL is the database system used behind many of the world’s top websites and countless large and corporate web-based applications such as Facebook, Twitter, and YouTube.

In this article, I will discuss the following points:

How does MySQL work?

MySQL is built on the client-server model, and its core is MySQL server, which processes all database commands (SQL commands). However, the MySQL server is also accessible as a separate program for use in a client-server network and as a library that can be embedded (or linked) into separate applications.

MySQL works with numerous support programs that support the management of MySQL databases. Commands are sent to MySQL Serverthrough the MySQL client installed on the computer. It is originally developed to manage large databases quickly and is usually installed on a single machine. Users can send the database to multiple locations to access the database through different MySQL client interfaces. These interfaces send SQL queries to the server and show the output results.

In MySQL, data is stored and accessed via storage engines such as InnoDB, CSV, NDB, and MyISAM. MySQL also can replicate data and partition tables for better performance and durability. Its users do not need to learn new commands; They can access their data using standard SQL commands.

Quick Facts about MySQL for Beginners

MySQL is written in the C and C++ programming languages and can be accessed and used on more than 20 platforms, including Mac, Windows, Linux, and Unix.

In addition, thanks to its relational database structure, it allows you to access and connect to different tables easily. In this way, the database model you will set up will work with performance.

MySQL uses an access system that provides authentication through the hosting provider and an encrypted password system for security. MySQL clients can connect to MySQL Server using various protocols, including TCP/IP ports on any platform. MySQL also supports several clients and utilities, command-line programs, and administrative tools such as MySQL Workbench.

Extensions of MySQL, also known as different versions, include:

Programs You Can Use for MySQL

To use MySQL, you must first install MySQL Server on your computer. Programs that enable you to use MySQL easily are as follows.

Thanks to these programs, you can easily have MySQL and prepare your development environment. In addition, the programs we have mentioned also support languages ​​such as PHP, PYTHON, PERL by default, depending on the package content.

You do not need to make an extra installation for MySQL you will use on the web. TEMOK offers MySQL free of charge in its hosting packages.

Differences Between MySQL and SQL

Before 2016, the main difference between MySQL and SQL was that MySQL could be used on multiple platforms, whereas SQL can only be used on Windows. Microsoft expanded SQL to support Linux with a change that took effect in 2017. When MySQL is installed on Linux, the package management system requires a particular configuration to set up security and optimization.

Because MySQL can use multiple storage engines for individual tables, it allows users to choose the most efficient storage engine for any given table. One of MySQL’s engines is InnoDB. InnoDB is designed for high availability. Therefore, it is not as fast as other engines. In addition, a different engine called MyISAM can be used other than InnoDB. Still, since the MyISAM engine does not support foreign keys, it is impossible to use it in relational database models.

SQL uses its storage system but provides multiple protections against data loss. Both systems can work with groups for high availability.

Compatibility with Other Services

MySQL is designed to be compatible with other systems. Supports use in virtualized environments with Amazon RDS for MySQL, Amazon RDS for MariaDB, and MySQL for Amazon Aurora. Users can export their data to a SQL Server database using database migration tools such as the AWS Schema Transformation Tool and AWS Database Migration Service.

Mysql database is very advantageous as a database management system that can be installed and managed quickly, and you can use it free of charge. It is frequently preferred in almost all web projects since it is identified with the PHP language because it is generally used in the web field.

It is the most preferred database system with its solutions for performance and needs. You can also choose Mysql for your own needs, and you can choose MySQL for your projects to move quickly in development environments.