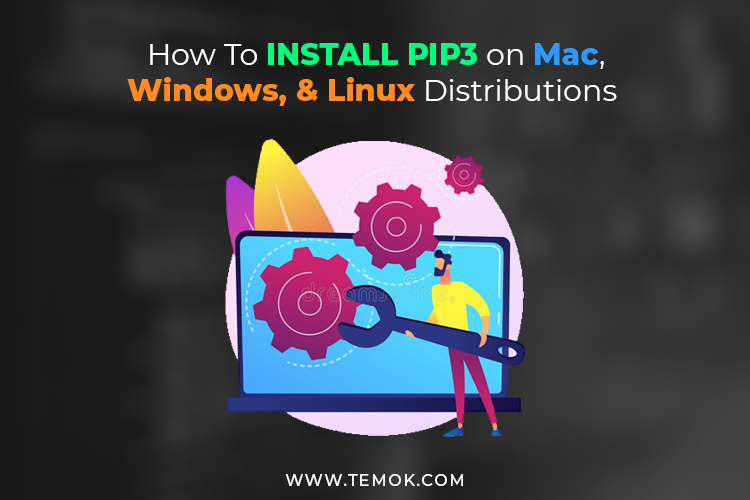 It isn’t easy to find a good programming language. But if you are interested in programming and want to become a developer, you have to command some excellent web hosting to manage all websites. It helps to know more than one language, and Python is the most powerful programming language. It comes with different benefit packages for programming, data science, and many other things. Packages and third-party libraries are essential assets of the Python programming language. The standard Python itself does not have packages and libraries for the developers. You have to download, install, and run them separately. It is why developers depend on pip3 to simplify and error-free the whole process. This blog will tell you how to install pip3 on different operating systems like mac, windows, and Linux flavors.

Explain pip vs pip3? PIP is a soft (symbolic) link for a specific installer whereas pip3 is an updated version of pip. It is used for Python 3. Pip is a recursive acronym for “Pip Installs Package” or ”preferred installer program”. It is a command line that assists you to manage third-party packages. Using the PIP command, you can install, uninstall and update the packages. When you command pip3, ensure that the module will be installed in Python 3.

Is it difficult to install pip3?

No, it is not difficult to install pip3. Here are some things you should keep in mind before installing pip3.

How to install pip3?

If successfully installed pip3, the program will run, and you will have access to pip3.

How To Configure pip3?

And you will be correctly configured.

Before Installing PIP: Check if pip is Already Installed

If PIP responds, then PIP is installed. Otherwise, there will be an error saying the program could not be found.

How to install pip3 on Windows?

If the file is not found, double-check the Path to the folder where you have saved your Python file. You can see the contents of your current directory using the following command:

The dir command returns a complete listing of the contents of a directory.

How to install pip3 on MacOS?

Python is installed by default in macOS, but the version provided by Apple is almost outdated, even right after an OS release. Homebrew is a macOS package manager built on ruby and git. Homebrew will assist you in quickly installing and managing a variety of packages and applications. If you’re working with Python and want to install pip3 on Mac, use Homebrew.

Because you have installed the latest version of Python 3, pip is installed. You can verify it with the following command:

How to install pip3 on Linux?

There are many different Linux distributions. Each distribution uses other package managers. Installing pip3 on Linux is different compared to Windows and macOS. The OS has various commands for different versions of the Python ecosystem. To install pip3 on Linux, the command you use depends on the distribution or flavor you are using.

On Fedora, RHEL, and CentOS:

How to install pip3 on Ubuntu?

Although Python3 comes pre-installed on Ubuntu 18.04, not pip3. We can use the Ubuntu apt (advanced packaging tool) command to install pip3 on the Ubuntu system. But before installing pip3, we make sure that we have sudo rights.

The above command will install all tributaries or dependencies and install pip3 on Ubuntu.

Python is one of the most built-in programming languages for beginners, and it comes in different packages. This blog has taught you how to install pip3 on Windows, macOS, and Linux distributions. You have successfully installed pip3, and you are ready to run python packages.