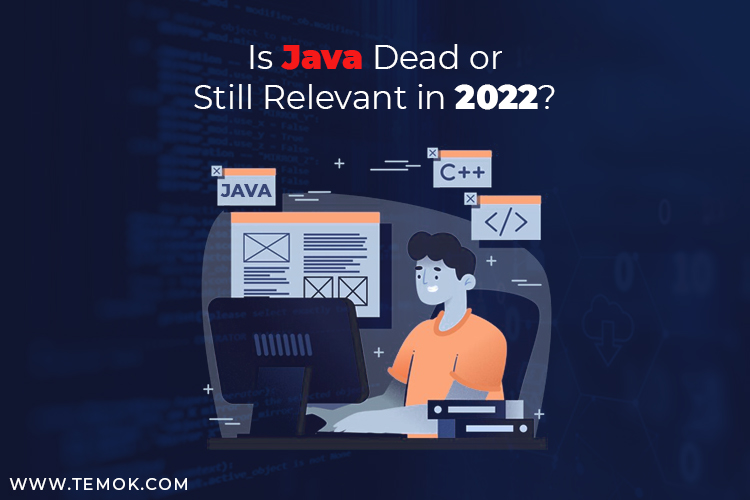 Those curious about the modern world of coding find themselves questioning just how influential Java has been to the world of technology and what the future of Java entails. These people are looking for the modern applicability and impact of technology that is constantly evolving to keep up with the times. Nowadays, on forums and in countless articles, one encounters loud statements that “Java is dying” and “Java is a thing of the past”. There were days when Java used to be one of the most widely used and fast performing programming languages all over the world. However, many questions and discussions surround Java’s viability today, and tech-savvy types tend to look more to the future than the past of any coding language. These people often ask these questions: is Java still used, or is it dying or going away? What is the future of Java?

What Are Java And JavaScript

Java is ubiquitous. A number of applications and websites will not work unless you have Java installed. Java remained the programming language skill most in-demand among employers in 2017, while JavaScript continues to reign atop the lists of languages most commonly used by coders. But changes are spiralling a downward streak in Java’s popularity as other popular frameworks and technological trends soar. Java and javascript are two different programming languages suited for different programming tasks. Java is an object-oriented programming language, while javascript is used to make web pages interactive.C++ is versatile and at the same time. It happens to be a crucial requirement in the video game industry. However, C++ has shown a downward trend on the TIOBE Programming Community index since 2001. Java has many advantages over c++. For instance, Java has full runtime capability to look at the Runtime. C++ has optional Runtime and limited information using RTTI

Java is a platform that can support various programming languages. First released in 1995, Java’s ability to provide feasible interactivity and multimedia showed well suited for the web. Java is still the top competitor and has been around for longer than most other languages works to its advantage. Even Though Java may not suit all needs, it’s still a popular programming language widely used. But there are a number of concerns hovering over the future of java programming. The main reason behind the enormous popularity of Java is that its developers continue updating Java according to the requirements of the latest technology trends. JDK 16, the latest version of Java, was released on March 16, 2021. Many say that because of the increasing use of Java in Data science applications, it will be in demand for several years.

What Is The Future Of JavaScript

JavaScript is the standard language of the web. Indeed, it is the de facto language to build modern web applications and any applications for any device and platform. The language is dynamic, and its frameworks have much repetitive code that you should place in a few of the required fields to avoid any unexpected errors. This language takes time and effort. Besides, it is only suited for the web, which is one of its limitations, making it one of the most hated popular programming languages.

Javascript is the programming language of the web, which had its syntax and design partly inspired by Java, while JavaFX is a framework for adding a GUI (Graphical user interface) to a Java program. JavaFX had a poor start as a scripting language. Since Oracle announced their intention to stop shipping JavaFX with JDK 11 and later, it is no longer of much use and is considered dead. JavaScript, SQL, Java, C#, Python, PHP, and C++ are the best backend languages of 2017.

By 2018, the arrival of various programming languages had redefined software development and raised the profile of certain specialized languages. Golang has proved to be immensely useful these past years since its inception in 2007. According to experts, Golang is a long-lasting programming language for the future. It will continuously develop for many years.

C# lost three places in the rankings of language communities between 2019 and 2020.

But The latest stable release is C# 10, which was released in November 2021 has introduced many improvements to the language. The public interest in the Scala programming language seems to have plateaued or waned in recent years.

Python has surprisingly surpassed Java and Javascript in popularity and usage in recent years. According to the newly updated rankings for December 2021 by Tiobe, Python’s programming language has overtaken numerous other languages, such as Java, JavaScript, and C, as the most popular programming language.

Many people wonder, is Java a dying language? May get the clues of their answer from there. It is not far that Java will soon be listed among the dying programming languages of the 20th century.

While the world of technology is continually advancing, coders are groping after the future of Java in what appears to be faster than before. Despite almost two decades of Java’s persistence in the programming world, programming experts express concerns about the future of java programming and wonder if it is one of the dying programming languages.

There are many other programming languages, some of which have emerged to become very relevant and keep pace with the changes and modernization of hardware and operating system advances. But will Java die so easily? Well, to an extent, it has already lost its central position, but the questions regarding its durability in the future are harder to address definitively at the moment. If you consider new and emerging technologies like Web and Mobile development, Java’s future looks pretty bright. However, there are continuous discussions regarding Java being phased out in the programming world.

Recommended Blog: Best Programming Languages You Should Learn In 2022