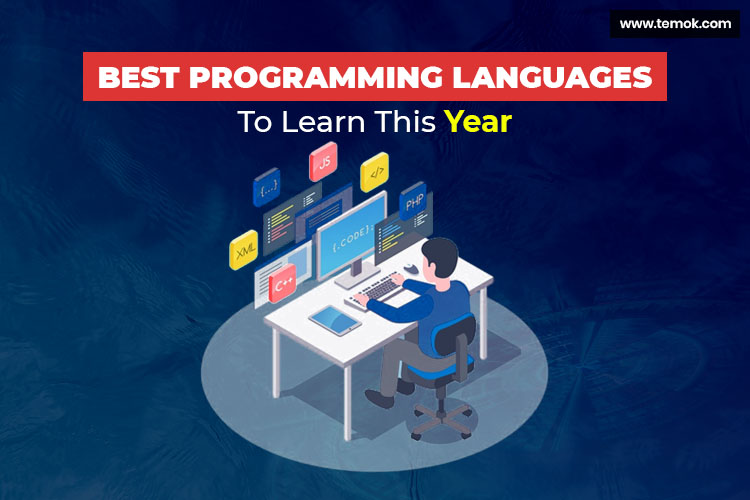 Here, I am going to discuss the best computer language to learn in 2020 to get a job in future. I cannot give the right answer to your questions, only you can know the right answer.  So, why I am writing this? Well! Maybe I don’t know your right answer but I will put all the information together to assist you in finding the right answer for you. Selecting the most useful coding language to learn will be based on your career choices and where you find yourself standing in the next 10 years. You must know that what work you want to do, how you will do it, or how easy you want it to be. I hope so, this article would help you to get a better idea of what you should pursue, keeping in mind your interests and future industry scope.

Readout this article to better understand different programming languages and what are the potential pros and cons of using these languages.

As far as the scope of the programming languages is a concern, Python is on number one in this list. It is extensively acknowledged as the most useful programming language to learn. Python is easy-to-use, fast, and easy-to-deploy that is being broadly used to build scalable web apps. Instagram, YouTube, SurveyMonkey, Pinterest all of them are built-in Python. It offers outstanding library support and has a huge community of developer. Python is the fastest-growing language in the world.

The programming language offers a great basis for beginners. for the programming who want to get a better job, should absolutely learn Python as soon as possible! There are also a lot of startups using Python as main backend stack and so, this opens up an enormous chance for full-stack Python developers to grow their career and earn more money.

Python is one of the most flexible programming languages as it can be used for data science, machine learning, web development, etc.

It is one of the most significant languages in machine learning and data analysis that makes the Python well situated for artificial intelligence. So, you can say that Python is very useful languages to work in the scientific field. Some of the pros and cons of Python are as follow:

Swift is a high-level programming language made by Apple. Inc. this programming language is created to support the apps on iOS. Apple makes an extra effort to make Swift easier to learn for programmers. Swift is primarily used to make iOS apps. As we know that the popularity of iOS-based devices is becoming popular. For instance, Apple iPhone has taken an important market share and is also a competition for Android phones. If you really want to make your career in mobile developer the Swift is the best programming language to learn. Apple is going to make Swift more friendly for new programmers.

If you are not sure, whether you want to do mobile or web developer then you should better start with a language that is not just limited to mobile development. Some of the procs and cons of this language are as follow that you must consider before learning this language.

In large organizations, Java is the most famous and widely used programming language. Java is extensively used for creating enterprise-scale web apps. It is also very stable and, many large businesses have accepted it. You should learn Java if you really want to get a development job in an organization. Java is primarily used for Android App Development. Nearly all businesses today require an Android app because there are millions of Android users out there. There is a huge chance for the Java developers as Google has made an outstanding Android development framework based on Java called Android Studio. Java is hard to learn as compared with other languages.

C language is primarily used for system software programming and is the Operating Systems’ lingua franca. C has impacted all programming languages, particularly C++and Objective-C. So, if you have a good understanding of C, it will perhaps be easier for you to choose other famous programming languages. Since the code of the C is more complex to do simple tasks, it is a tough language to start with and you may need to put some extra efforts on it. But C language understanding will absolutely help you as a programmer in future. C is an excellent option to become a brilliant developer and a master coder.

Ruby is a dynamic open-source programming language. Furthermore, it is more concern with productivity and simplicity. It is a high-level language, but it is not at all hard to learn the Ruby language as compared with other languages. Besides, you can build an application using lesser code with Ruby language. Here are some major pros and cons of the language. Ruby is the easiest languages for people with no programming experience.

PHP language is first made for creating personal web pages that’s why it first stands for Personal Home Page but later it is changed to Hypertext Preprocessor. It one of the most famous and widely used languages. It is also among the easiest programming language to learn. It is a server-side programming language that executes on a server. Furthermore, it is beneficial for making HTML web pages. The major reason why PHP is a widespread programming language is that it is free, cheap, and easier to use. So, if you are a beginner then PHP is the best option for you to start with. You can also use the PHP language to develop web applications. It is also a good choice if you want to create content management systems such as WordPress.

PHP is a popular backend programming language. However, PHP is getting a tough competition from JavaScript and Python, although there are many PHP developers are in the market but the demand for more developers is still very high. PHP programming is quite a good language to learn if you want to do banked programming. Here are some major pros and cons of PHP language.

JavaScript is broadly used for designing interactive frontend apps. It is primarily a “frontend” language. For example, if you click on a button that opens a popup, this logic is applied through JavaScript, it is mainly a client-side scripting language that is widely used for developing front-end applications. JavaScript is well-suited transversely for all browsers and is can create more interactive web applications, frequently by using the libraries, for example, front-end frameworks and jQuery like Ember.js, AngularJS, etc.

Best Programming Languages You Should Learn In 2022