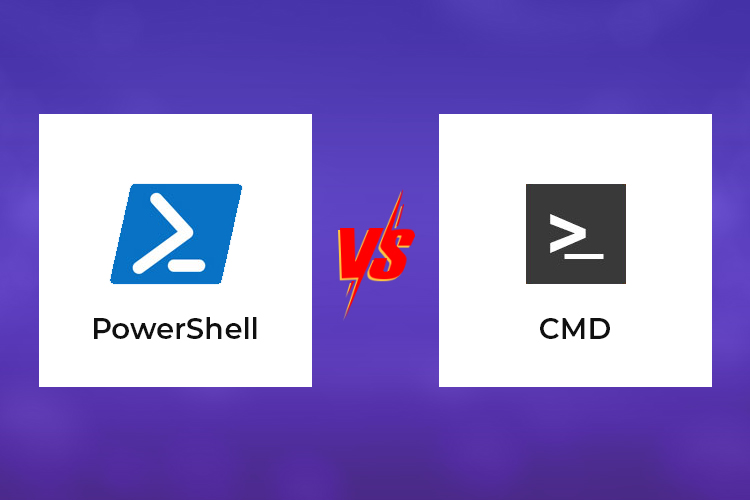 If you are a Windows administrator and spend most of your time working in the Windows environment, you may have come across the term CMD and PowerShell many times. But what is the difference between these PowerShell and CMD? In this article, you will get a comprehensive overview of PowerShell Vs CMD, some commands, and a comparison table so that you can easily understand all the significant differences.

The difference between a CMD and a PowerShell is that a CMD is the “traditional” style of command prompt or interactive Shell. It is very user-friendly, and you can have thousands of people execute it without any problems. On the other hand, a PowerShell is Microsoft’s built-in but complicated command prompt program that is dramatically inferior to shells available for Linux or Unix-based systems. Most of the command prompts commands are easy to use in PowerShell either natively or through aliases.

So, what is the difference between and how did it come to be? There have been many arguments over the years about the exact origination of PowerShell. It was developed as a replacement for the command-line interface that shipped with UNIX systems so that system administrators can save their precious time and automate administration tasks. There is no doubt, PowerShell has become an essential part of our computing experience.

The CMD or “Command Line Interface” is nothing more than a series of simple commands. These commands allow you to perform simple administrative tasks and interact with any windows object in Microsoft’s Windows operating systems. In contrast, a PowerShell command-line interface will enable you to perform more complex tasks and complicated scripts.

PowerShell is divided into two major categories, “Normal” and “Special”. A typical PowerShell interface has no special abilities. All the same, way that the CMD is divided up into a series of commands. So, what is the difference between PowerShell vs cmd?

How to change a Directory?

Output: Both commands given above have been used to change the current directory location to the D drive.

Output: As you can view in the given result, both commands are used to display the files and folders present in the current directory.

How to rename a file?

Output: Given commands are used to rename any particular file.

How to get help?

Output: If you are not an expert person, you can run the above commands to get helpful information about commands or cmdlet.

Output: As you have seen in the above picture, both commands are used to display all the running tasks.

Output: You can stop any running process with the help of given commands. I have stopped Skype with the use of commands.

PowerShell Vs CMD (Command Prompt): What is Key Difference?