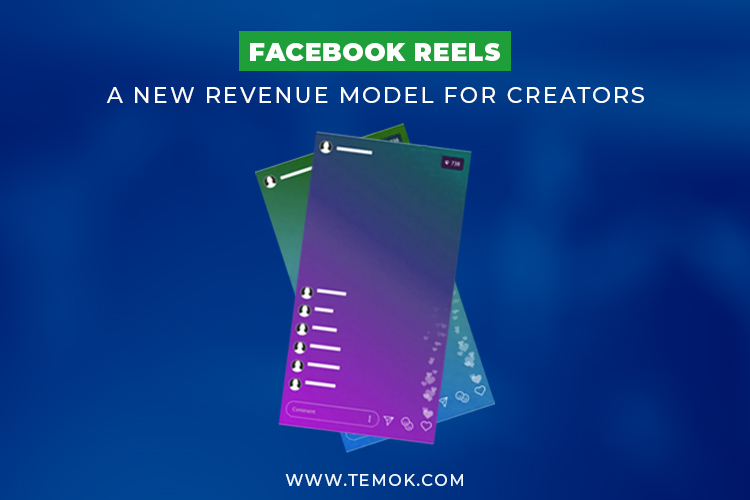 As the entertainment business has increased, new applications have been developed to keep audiences entertained. Facebook Reels are one of the most recent innovations. Facebook Reels, the latest social networking feature, is the talk of the town. More than 150 nations worldwide now have access to Facebook Reels, first made available in September in the United States. Short-form video content may now be uploaded and cross-posted from Facebook to reach a broader audience via the new feature, a crucial component of Meta’s response to TikTok’s threat. Along with the global rollout, Facebook releases additional tools and methods for creators to monetize their Reels through advertising and Stars shortly.

Meta is bringing out Reels globally to all users of Facebook’s iOS and Android mobile applications. More than 150 nations will be able to access Facebook’s short video feature Reels, which is owned by Meta Platforms and aims to increase the platform’s fastest-growing content format. Meta introduced Reels on Instagram in 2020 and on Facebook in 2021 as a response to the massively popular short-video app TikTok, owned by Chinese tech giant ByteDance.

Instagram Reels, YouTube Shorts, and TikTok, which have all been around for a while, are now open to artists all around the world through Facebook’s new short-form video platform, Reels. Facebook describes Reels as “fun and short videos with music, audio, augmented reality effects, and text overlays” that users may make on the Facebook app using their mobile device.

The social media giant located in the United States has officially added the short video format to the Facebook application. Reels were previously a popular short video format available on the famous photo and video sharing platform Instagram. Users and producers can create and publish short videos using this functionality. The new functionality allows users and creators to create and upload short videos. Here’s some additional information to get a better idea of what’s possible with this new format.

“Facebook reels are snippets of longer videos. To browse public Instagram reels; you may also go to Facebook and see if the creator has recommended it”.

You can now make reels in the Facebook app on your mobile device, including music, audio, augmented reality effects, text overlays, and more! People who have never seen your work before will be able to see your Reels in a particular part of your News Feed devoted to Reels, where they will be able to find and enjoy them.

Facebook Reels and TikTok are very similar in this regard. Within 30 seconds, videos can be shared and viewed. These videos include music, sound effects, and special effects. Although Facebook previously released reels on Instagram, Facebook Reels now expands opportunities for creators and consumers on both platforms. On the other hand, Facebook Reels can be restricted based on your privacy settings, whereas anybody can see TikTok videos in the world. TikTok lets you record for longer lengths of time than Reel. The soundtrack, audio, images, and other elements of Facebook Reels are used to make the Reel more pleasant. You can also find reels in your Feed or in groups, where you can quickly like and comment, and even you can rapidly follow the composer from the clip.

Create Reels on your mobile device by tapping the “Create” button at the top of the Feed or selecting “Create” from the dedicated Reels section of the News Feed. You can either record a clip (or series of clips) live or upload an existing (or series of existing) pre-recorded video from your phone’s gallery, or you can combine real-time and pre-recorded footage.

A Reel can be edited and trimmed to your preferred length, or it can include effects, stickers, and text before it is shared. Many creative editing tools are available, including:

You can either use a song from Facebook’s music library or upload your own. The Facebook community can utilize your original audio, which is credited to you, to make their Reels.

When recording, you can speed up or slow down a portion of your video or audio.

To record numerous clips with different effects, select one of the many effects from the drop-down menu.

Using the timer, you can record a video clip hands-free.

Create and share your work with friends and followers on Facebook using Reels. The broader social media community can also discover you.

Once your Reel is ready to be shared, you may add a description and hashtags and tag your friends in the report and the tags.

Your Reel will only be shown to the people you specify when shared with the audience you select. For those at least 18 years old, reels are set to public by default. If you want to modify the default audience for your reels, you may do so at any moment.

Using Reels, you may increase the number of people who see your material by making it easier for them to find it. Followers and those who don’t follow you will be able to see your Reel in their News Feed, as well as in the dedicated Reel part of their News Feed.

Stand Out A Mile

Tips to help you stand out from the crowd so that more people notice your reels are provided below.

Incorporate your perspective into a topic that people can identify with. Always be aware of the most recent music and trending issues to reinterpret them in your style.

Create Reels that showcase your particular abilities, whether they are in car repair, cooking, or dance. Try out a variety of content kinds, including tutorials and comedic segments, to evaluate which ones are most popular with your target audience. It is essential to keep your audience interested and entertained. Make your reels come to life by adding interesting effects, music, and even text to them.

Motivate others: Activate others to engage in the fun by inspiring them to provide a small challenge, an important cultural occasion, or an everyday action that they can relate to.

The wonderful thing about reels is that anybody can view them on your channel, not just your subscribers. Users of the platform can discover these clips depending on their interests and what’s trending at the top of their newsfeeds, in rooms, and in a dedicated reels feed section. The more compelling your videos are, the more likely your audience will watch them and return to your profile for additional information about your business.

Connect With Others In Groups

Sharing reels in groups is another fantastic way to do it. You may want to create a revolution for your audience if your page is a member of numerous industry groups. In addition to enhancing the quality of the dialogue, it will demonstrate a more human side of your company. You are free to include whatever you like in your video as long as it is relevant to the members of this group. Admins of a group will soon encourage their users to share their reels by setting up a “Single Theme” group setting. Your industry and your brand can benefit from using reels in these groups.

Creators and businesses can enjoy the most rewards by resharing their Instagram Reels material on Facebook. These cross-platform capabilities make it easier than ever to get your videos in front of a larger audience. Facebook has not yet made this feature available to all users, although it is expected to do so soon. On both Instagram and Facebook, the comments and likes will be presented on the Reel.

Using Facebook Reels can help you take your advertising to the next level. Facebook is currently experimenting with adding reels to its immersive ad format. Allows small business owners and brands to connect with their customers in unique ways on Instagram. There are several ways to engage with your ideal audience and share your message authentically without spending a fortune.

Using Facebook Reels is the recent offering to your social media marketing strategy. As a business, you may benefit from this new tool’s popularity as well. Understanding your target market and what they want from your company is the first step in creating visually appealing reels. Finally, utilize your imagination to create a video that attracts Facebook users and converts them to buyers.

Instagram Feed and Stories are now the most lucrative content forms for reels; however, Meta expects this to change in the future as more people use reels in their daily lives. For now, all Reels artists in the US, Canada, and Mexico can take part in Facebook’s trial of Facebook Reels Overlay Ads. In-stream advertising is already available in more than 50 countries, and Meta expects the test to be rolled out to nearly all of them by the middle of March.

This new Reels ad campaign, in contrast to the bonus program, can reach a larger audience. Meta also revealed that new Reels features, such as the option to post reels in Facebook Stories and the ability to pin reels to the top of users’ feeds, will be available in the coming weeks.

Facebook Reels lately received plenty of “monetization” adverts from Meta. Ad banners that show as semi-transparent overlays at the bottom of reels, for example, or static sticker advertising “that may be put by a creator wherever within their reel” are among the examples. In addition, Facebook has opened its ad-placement program to content creators in “almost all regions where in-stream advertisements are accessible.” Paid Stars, which allow users to donate directly to creators, are also being rolled out by Facebook.

One of the most cost-effective methods to grow your business is to focus on your internet presence. You can create a website for free using the WordPress CMS, but you’ll need a domain name and a hosting plan to get it online. With the cheapest Linux shared hosting plan, you can get an a.COM domain for free. Temok is the best platform providing domains and hosting plans at very affordable rates.

These days, keeping up with the world by posting videos, photos, and clips has become the norm rather than the exception. Sharing what makes you joyful does not harm you but instead generates and opens up a variety of alternatives from which you might begin. It looks like Meta is copying TikTok and Snapchat by focusing on short videos to get more people to sign up. This is because Facebook lost half a million daily users worldwide in the fourth quarter of 2021, which caused its stock to fall. If your videos get a lot of attention, TikTok will also pay you money; over the next three years, the platform is expected to pay out $1 billion.

Based on our impression, they are making Facebook reels that must be fun for you. FlexClip’s ability to edit your reels and ensure that they are presented professionally is a godsend. Because FlexClip offers so many editing choices, we recommend that you use it to create reels and create TikTok videos, videos for a variety of YouTube channels, and videos for other social media platforms like Facebook.