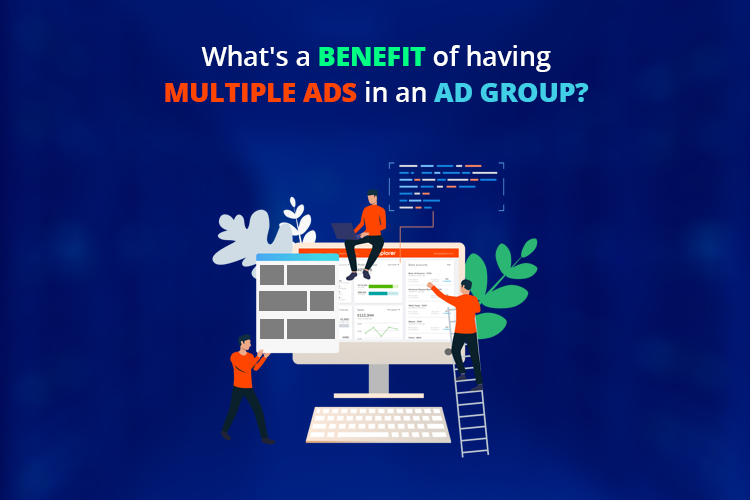 What is an Ad Group?

In this digital world, Google Ads or PPC (Pay Per Click) are essential part of any online or offline business in order to get recognized and increase conversion rate. A well-managed Google campaign is compulsory for both beginners as well as industry giants to show their brand at the top of Google SERP results. Every proactive marketing expert will search: What’s a Benefit of having Multiple Ads in an Ad Group before running Google paid campaigns.

When we talk about Google Ads; Ad groups are a must-have part of any professional campaign. As the name indicates, an ad group is a set of multiple ads that all belongs to a specific set of similar keywords in the same niche. It can also be a set of similar niches. These ad groups have almost similar potential and targeted audience and all are very important for any successful PPC Campaign.

Building a successful marketing strategy to run effective campaigns with a great set of ad groups can increase overall results. It will drive highly potential traffic to your website and generates authentic business leads at lower cost with higher conversion rate.

Let me explain in a simpler way:

Why is an Ad Group Important?

As I discussed above, an Ad group is a structural overview of your marketing campaign that consists on three parts: relevant keywords, text ads, and landing pages. When google start crawling your campaign it will determine the following:

Your Ad groups have great importance because they drive the traffic to your website and increase your sales. It is the reason you have to do proper research to create ad groups that meet the search purposes of your potential audience for better business results.

For example, if you want to run campaigns for a web hosting provider that has multiple web hosting options then running a campaign for that would require some classifications. Here your ad groups can be like “Managed Cloud”, “Dedicated servers”, “VPS”, “Shared Hosting”, “Reseller” Etc. Each Ad group will contain service-specific and different keywords.

Let me take the “Ad group: Shared Hosting”. All ads under it will be focusing on multiple keywords such as Windows Shared Hosting, Linux Shared Hosting, lowest priced web hosting, etc. However, every ad group should have minimum 3 ads because Google analyze all of your ads and determine the best performing ads automatically. So, you can choose which ads to run long term and stop lower performing ads to save your money.

According to the given scenario both variation A & B have the same number of visitors but conversion rate is different as per the google analysis. So, we can choose best performing ad variation to get higher conversion rates.

Benefits Of Having Multiple Ads in an Ad Group

I have discussed earlier that each campaign must have number of groups and ideally it should be more than three ads in it. Keep in mind, every ad group can have many ads but based on the same theme or target. It has many benefits and let us take a quick look at the following:

If you are running multiple ads in your group then you have a chance to rotate them as per your marketing strategy to get positive results. In fact, you have a plan B because if your targeted audience is not converted at you first attempt then you can change your ad and try not to repeat the same ad to the same audience. It will not be repeated again and again if it not delivering the results that we need.

You cannot predict that how your campaign will go or which one is best performing ad so it is great option to check it before spending too much money onto it. When you have different ads included into your Google marketing campaign then you can easily test all of them and finalize one of them to get maximum results.

Google Adwords follows hierarchical structure as shown in the image given below. At the very top level you have an account. Inside this account you have multiple campaigns with multiple groups where each groups contains different keywords and Ads. Now, explore it into more depth, you should at least have a single keyword with a single ad. If we talk technically, you have now a perfectly running marketing campaign with just one campaign, one ad group, and one keyword with single ad.

All of the campaigns are fully controlled as per the conversion rate and you can easily start or stop any specific well-performing campaign. It will help you to manage and spend your budget more efficiently. All those businessmen who have very limited budget can get benefited from this campaign.

Google provides multiple ads in Ad groups and automatically rotate the ads to show the best performing ads to the targeted audience. It is one of the greatest benefits of having multiple ads in your ad groups. What’s a Benefit of having Multiple Ads in an Ad Group explained well and it is highly recommended to go with multiple Ad groups.

What’s a Benefit of having Multiple Ads in an Ad Group?