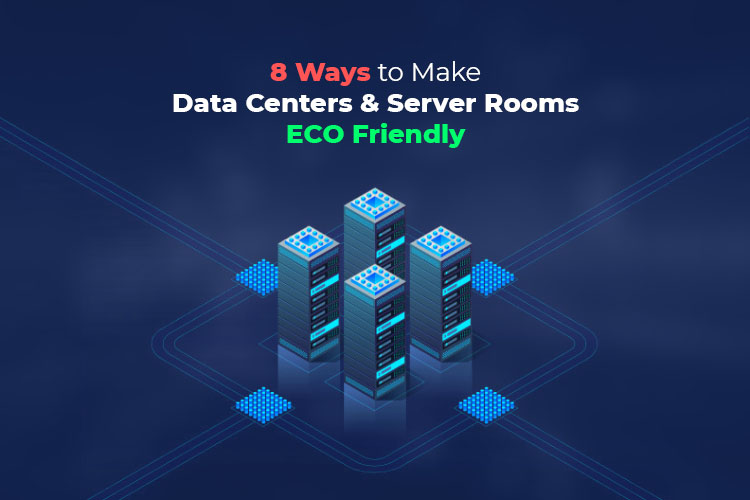 A data room commonly known as a server room is a critical part of an organization. They form part of the day-to-day running of companies from gigantic internet firms to banks. In recent times, finding information from all corners of the world at a tap of a button and swipe on a screen is becoming a necessity.

Practically, a server room is a compartment/room/zone that stores a surfeit of costly and sophisticated IT equipment. In a server room, you will find network accessories like routers and servers among other gadgets. Today, data centers are becoming more and more ubiquitous in the current technological trends. These centers range from microscale single-server rooms operated by SMEs to giant server farms used by multinational businesses like Microsoft, Google, Amazon, et al. to facilitate cloud computing. But the thing is, a few numbers if not many of organizational management don’t invest much effort into efficiency on their layout.

Consequently, they end up consuming thousands or tens of thousands of kilowatts. Also, they risk overheating their data centers due to inadequate ventilation. Remember that in the future, the supply of electricity from fossil fuels is set to expire as the globe is prepared for a wild eco-savvy revolution. Another notable problem that rears it uglier is the distribution of power, or maybe absolute lack of electricity. These sound like a popular set of challenges affecting the data industry.

Studies show that data centers across the globe consume billions of electricity watts annually which is equivalent to hundreds if not thousands of fossil fuel power generating plants. Out of these megawatts, approximately 10 percent of the energy is consumed for performing computations whereas the remaining 90% is consumed to keep these devices idling should an increased activity occur. Today, as the world is going green, a couple of methods/ways have been devised to create energy-efficient and eco-friendly enhancement without adversely affecting these data centers.

The whole idea is to minimize or if possible, eliminate the huge amounts of power wasted through the consumption of uninterrupted power supplies (USPs) found in server rooms. Just like you sometimes turn your phone or PC into the energy-saver mode, the eco-mode in servers reduces energy/electricity consumption in data centers. Modern USPs come with the alternating current mode of operation, which facilitates the eco-mode. This energy-efficient mode substantially increases the efficiency as well as the energy consumption effectiveness of the server rooms.

Some USPs such as General Electric’s SG series UPS (SG Series UPS – 60 Hz, 10-300kVA) are known to possess a power efficiency of about 99 percent. Some authorities such as the U.S. Environmental Protection Agency through ENERGY STAR – a program ran by the D.O.E to spearhead energy efficiency – have included Eco mode specification for USPs. Also, one of the leading information technology utility companies in the globe; The Green Grid, is supporting the inclusion of Eco mode in USPs gadgets. Now, several ways of making server rooms and data centers eco-friendly have been approved. They are as follows:

Due to the unreliability of the power grid in many parts of the globe, data centers have learned to invest in backup generators running on petroleum fuels. When running, these generators usually emit huge amounts of air pollutants which are heavily criticized by environmental activists. An alternative is to supply server centers with referable energy. Wind turbines, hydroelectric generators, solar panels, et al., are a perfect alternative to fossil fuel plants and have no harm to the environment. Even though some renewable energy sources do not offer sufficient power backup plans, absolutely replacing diesel generators with “green energy” could have a substantial impact on carbon print.

Staff working in data centers should embrace having recycling bins for paper and plastic. Nevertheless, the biggest challenge is recycling server room equipment. Not only could repurposing this equipment save you some money, it helps to eliminate unwanted emissions and scattering of this equipment all over the place. For instance, since 2007, Google has had a plan of reusing equipment from its own data centers. The company has converted the out-of-date servers to better ones and avoided the need of purchasing new machines. In a situation where the equipment is no longer useful in their operations, the company has always sold them elsewhere to give them a new life there.

We can’t deny the fact that server rooms must always be kept cool. However, in places where long winters and cold evenings are experienced, managers take advantage of these natural conditions and install air-side economizers in rooms where the IT equipment is housed. What air-side economizers do is to pull in (suck) cold air from outside and are often effective when the server rooms are operated at higher temperatures. Cold air from the outside is used to cool the premises and the “heating” servers provide a cool environment.

The central processing unit, popularly known as the CPU consumes nearly half of the total power consumed by the dedicated server. Luckily, there is a straightforward way of combating excessive consumption. Always make sure that the CPU that you are using comes with a feature that allows you to save power. A few data center managers have had their CPUs having this feature only to find this after they have suffered huge power losses. A CPU with this built-in feature switches between numerous performance modes to allow power saving by keeping usage at a minimum level. Also, technicians aren’t faced with the task of having to reset anywhere/anything on these devices to make the setting kick in.

Take a cyber café as an example; there might be some faulty computers or printers still connected to power. Some of these devices are still connected to power and consume power regardless and you end up accumulating bigger power bills. The same applies to data centers where you might find up to 40% of the electricity consumption in data centers is associated with servers that are not performing any computing work. You should periodically check to ensure the only servers that are consuming power are the only ones functioning. By taking the non-functional ones out of commission, your electricity bills will shrink.

Studies show that hundreds of million dollars are sacrificed as a result of ineffective cooling systems. This is the reason why it’s worth investing in making necessary upgrades. An infographic from ABB reveals that payback will be realized when a decision of revamping cooling systems in data centers is evident in a very short period. A major and smart method of improving an already existing cooling system in server rooms is by switching from the old load/unload air compressor configuration to the modern ones that are often variable-speed drive compressor types. Moreover, these newer types come with energy-saving capabilities of up to 35%.

In server centers, both the air-handlers as well as air-conditioners should be coupled with humidification units for keeping the humidity levels consistent. Often, the personnel in the centers use steam canisters or infrared. Some giant data companies such as eBay are using ultrasonic humidification technologies to attain static humidity levels in their premises. The ultrasonic ways enable the vibration of water molecules to generate fine mist. Additionally, ultrasonic techniques don’t generate heat as compared with isothermal methods.

Sometime back, an interactive, rather circle-shaped infographic was launched that could enable people to place cursor over various parts to check the impacts of emissions in various nations. The information was gathered in 2012 but it was not until mid-2015 when it would later be available. From the infographic, more than 14% of emissions all over the world were associated with the US. Now, if that concerns you, then you need to think about taking heed of various data centers in your country.

Has your country signed the climate change agreement (CCA), which allows you to qualify for tax incentives? Or does your country have data centers and are people there proactive? Keep the answers to yourself! In fact, the majority of developed countries were somewhat pioneering nations since, before the CCA regulations were unveiled in the data market, the only industries that were compelled to comply with such regulations to fight climatic change were related to manufacturing. The fan base believes as the data market embraces climate change-minimizing practices, their decisions will receive support from prod data center managers.

That said, even if this won’t qualify for tax breaks, it remains smart to understand climate change is a global concern that will definitely go nowhere, it is and will remain a pressing factor as years go by. With this in your mind, always figure out how the alteration you are going to make on your server room consumes energy efficiently and effectively, and most importantly make sure they are protecting the earth for the generations to come.

If you enjoyed this article, then you’ll love Temok’s Web Hosting Blogs. Launch a website and offer your services to a wider range of potential clients and boost your ROI. If you are facing any problem or want to share your thoughts then leave a comment at the end. I will get back to you with valuable answers.

Rithesh Raghavan is the Director at Acodez, a Digital Agency in India, and the co-founder of Acowebs, an online store for eCommerce plugins. Having a rich experience of 15+ years in Digital Marketing, Rithesh loves to write up his thoughts on the latest trends and developments in the world of IT and software development.